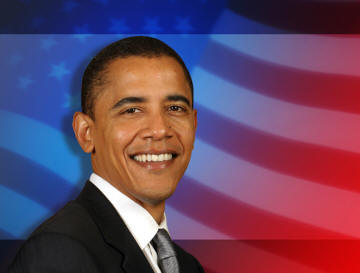 The indigenous peoples of North America -- the First Americans -- have woven rich and diverse threads into the tapestry of our Nation's heritage. Throughout their long history on this great land, they have faced moments of profound triumph and tragedy alike. During National Native American Heritage Month, we recognize their many accomplishments, contributions, and sacrifices, and we pay tribute to their participation in all aspects of American society.

This month, we celebrate the ancestry and time-honored traditions of American Indians and Alaska Natives in North America. They have guided our land stewardship policies, added immeasurably to our cultural heritage, and demonstrated courage in the face of adversity. From the American Revolution to combat missions in Iraq and Afghanistan, they have fought valiantly in defense of our Nation as dedicated servicemen and women. Their native languages have also played a pivotal role on the battlefield. During World Wars I and II, Native American code talkers developed unbreakable codes to communicate military messages that saved countless lives. Native Americans have distinguished themselves as inventors, entrepreneurs, spiritual leaders, and scholars. Our debt to our First Americans is immense, as is our responsibility to ensure their fair, equal treatment and honor the commitments we made to their forebears.

The Native American community today faces huge challenges that have been ignored by our Government for too long. To help address this disparity, the American Recovery and Reinvestment Act allocates more than $3 billion to help these communities deal with their most pressing needs. In the Fiscal Year 2010 budget, my Administration has proposed over $17 billion for programs carried out by the Bureau of Indian Affairs, Indian Health Service, and other Federal agencies that have a critical role to play in improving the lives of Native Americans. These programs will increase educational opportunities, address the scourge of alcohol abuse and domestic violence, promote economic development, and provide access to comprehensive, accessible, and affordable health care. While funding increases do not make up for past deficiencies, they do reflect our determination to honor tribal sovereignty and ensure continued progress on reservations across America.

As we seek to build on and strengthen our nation-to-nation relationship, my Administration is committed to ensuring tribal communities have a meaningful voice in our national policy debates as we confront the challenges facing all Americans. We will continue this constructive dialogue at the White House Tribal Nations Conference held in Washington, D.C., this month. Native American voices have echoed through the mountains, valleys, and plains of our country for thousands of years, and it is now our time to listen.

NOW, THEREFORE, I, BARACK OBAMA, President of the United States of America, by virtue of the authority vested in me by the Constitution and the laws of the United States, do hereby proclaim November 2009 as National Native American Heritage Month. I call upon all Americans to commemorate this month with appropriate programs and activities, and to celebrate November 27, 2009, as Native American Heritage Day.

IN WITNESS WHEREOF, I have hereunto set my hand this thirtieth day of October, in the year of our Lord two thousand nine, and of the Independence of the United States of America the two hundred and thirty-fourth.

President Barak Obama brings hope to many people, not only in America, but around the world. And in particularly he brings hope to the Native American Indian people.

He has made many promises to our Native people, and time will tell if he is able to keep those promises. Certainly he needs our prayers, that he can achieve all he aspires to do, and over come the many difficulties this country faces.

To the American Indian people President Obama has said:

"For 20 months now, I've traveled this country, often talking about how the needs of the American people are going unmet by Washington. And the truth is, few have been ignored by Washington for as long as American Indians," he writes.

"Too often, Washington pays lip service to working with tribes while taking a one-size-fits-all approach with tribal communities across the nation.

"That will change if I am honored to serve as President of the United States.

"My American Indian policy begins with creating a bond between an Obama administration and the tribal nations all across this country. We need more than just a government-to-government relationship; we need a nation-to-nation relationship, and I will make sure that tribal nations have a voice in the White House.

"I'll appoint an American Indian policy adviser to my senior White House staff to work with tribes, and host an annual summit at the White House with tribal leaders to come up with an agenda that works for tribal communities.

"That's how we'll make sure you have a seat at the table when important decisions are being made about your lives, about your nations and about your people. That'll be a priority when I am president.

"Here's what else we're going to do.

"We're going to end nearly a century of mismanagement of the Indian trusts.

"We're going to work together to settle unresolved cases, figure out how the trusts ought to operate and make sure that they're being managed responsibly today, tomorrow and always.

"We need more than just a government-to-government relationship; we need a nation-to-nation relationship, and I will make sure that tribal nations have a voice in the White House.

"Now, I understand the tragic history between the United States and tribal nations. Our government hasn't always been honest and truthful in our dealings.

"And we've got to acknowledge that if we're going to move forward in a fair and honest way.

"Indian nations have never asked much of the United States only for what was promised by the treaty obligations made to their forebears.

"So let me be absolutely clear. I believe treaty commitments are paramount law, and I will fulfill those commitments as president of the United States.

He went on to discuss health and education opportunities, and the service of American Indian veterans, finishing with:

"I was born to a teenage mother. My father left when I was 2 years old, so I never knew him well.

"I was raised in Hawaii by a single mother and my grandparents, and we didn't have a lot of money we even turned to food stamps at one point just to get by.

"Where I grew up, there weren't many black families.

"Every president is shaped by his own experience. These have been mine. And so I want you to know that I will never forget you.

"The American Indians I have met across this country will be on my mind each day that I am in the White House.

"You deserve a president who is committed to being a full partner with you; to respecting you, honoring you and working with you every day.

"That is the commitment I will make to you as president of the United States."

Maybe this time we can

"Give Peace a Chance"