ABOUT US: BlackHawkProductions.com first launched this website as The Black Hawk War; Utah's Forgotten Tragedy in the year 2003. The name was changed in 2019 to The Black Hawk War; Utah's Forgotten History, and again 2020 it was changed to THE BLACK HAWK WAR; Utah's Unspoken Truth. Back then there was hardly any information about the Utah Black Hawk War to be found on the internet. Owner and founder, and an old-school web-designer, Phillip B Gottfredson is a published author who first created this website for the purpose of promoting his great-grandfather's book Indian Depredations in Utah that Phillip had just republished. Overtime it evolved and became the premier website devoted entirely to the Black Hawk War in Utah.

Phillip B Gottfredson is of Danish/English/Irish decent, and since 1989 Mr. Gottfredson has been researching full-time the Utah Black Hawk War. Indigenous Day Award recipient, Phillip has been living with the Timpanogos Tribe over the past several years while learning firsthand their recollections of the Black Hawk War. Working with Mary Meyer Chief Executive of the Timpanogos Nation, Phillip is the first historian to have been given this honor and have access to the Timpanogos Nation's historical records when many remarkable discoveries were made, not least among them being that the Timpanogos and the Ute are two distinctly different Tribes, and that the Timpanogos have been marginalized and written out of Utah's history. This set the stage for Phillip to make a bold and important revision of Utah's history of the Black Hawk War.

Phillip was born in Springville, Utah in 1945 and in 1989 moved to Scottsdale, Arizona. Then in 2012 he moved to Parker, Arizona when he retired.

"What began as a mere curiosity in 1989 researching the Black Hawk War, I read all the books I could find on the subject when it became clear to me that all accounts were about the Mormon’s one-sided perspective. I found that celebrated scholars and award-winning authors who write about the Black Hawk War never asked or cared what the Native Americans they studied have to say about their work. Nor did they asked how they would analyze, interpret, or if they have their own version of the particular story they are writing about. Consequently, virtually every account about Utah's indigenous peoples are biased and based on assumptions, replete with half-truths, ambiguities, platitudes, and omissions. It followed that in 2003 I turned to all First Nations people of Utah to get their side of the story. A journey that began when I spent the entire week at the Grand Opening of the National Museum of the American Indian in Washington DC."

"It was serendipitous that in 2015 I met Chief Executive Mary Meyer of the Snake Shoshone Timpanogos Nation, who is a direct descendant of Chief Arapeen, generously provided me with definitive proof that the Timpanogos are the living descendants of the 'Royal Bloodline' of Chiefs Sanpitch, Wakara, Arapeen, Tabby, Ammon, Sowiette, Grospeen and Antongua 'Black Hawk' who was the son of Sanpitch, and other acclaimed leaders in the Black Hawk War! Their lineage documented by birth and marriage records, death certificates, Indian Agency records, treaties, and boast of having filed some 13000 pages of historical records with the United States Government going back to 1765. This is Information you won't find in mainstream Mormon accounts. I am genuinely humbled by Mary's help, one of the greatest honors in my life to work with Mary Meyer and the Timpanogos Nation." In 2018 the Timpanogos Nation named Mr. Gottfredson "their historian."

PUBLISHED AUTHOR & HISTORIAN: Mr. Gottfredson spent several years learning from the Ute, Shoshone, Paiute and many more First Nation people throughout North and South America and the Mayan. Phillip was invited to participate in numerous sacred ceremonies and received council from many tribal elders and leaders. This is a unique distinction among today's historians. Because he is personally involved in Native American culture, Phillip gives an unprecedented and intimate perspective into the Timpanogos peoples of Utah who were those most affected by the tragic Black Hawk War. Phillip published his first book My Journey to Understand... Black Hawk's Mission of Peace at the age of 75. In collaboration with the Timpanogos Nation the book is written from the perspective of the Native peoples of Utah, and offers much-needed clarity to Utah's Native American history that until now, has been misrepresented and deliberately ignored.

Phillip B Gottfredson's new book taking 20 years to research and write was published by Archway Publishing from Simon and Schuster and in less than a year became one of Archway's best-sellers. It is a powerful account of Phillip's extraordinary spiritual journey into the world of the Native American culture while researching the Black Hawk War in Utah. The book is both a history of the Black Hawk War with the Timpanogos Nation, and his life changing experience living with Native Americans. You can purchase the book buy clicking on the link below. 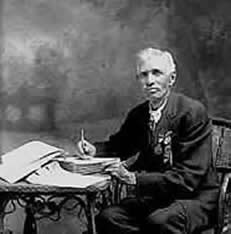 It is interesting to point out that during the Black Hawk War, Phillip's great-grandfather Peter Gottfredson was a young man, and himself being a friend of the Timpanogos was invited into the camp of Chief Antongua Black Hawk on numerous occasions during the Utah Indian Wars. He spent much of his time in the camps of the Timpanogos. His great-grandfather also took 20 years to write his first book Indian Depredations In Utah which was published in 1919, the same year Black Hawk's Grave was robbed. A hundred years later, and all most to the date, Phillip publishes his companion book to Peter's on the same subject in 2019. "Pure coincidence" said Mr. Gottfredson, "but it does cause one to pause" he added. (See: Peter Gottfredson's Autobiography) 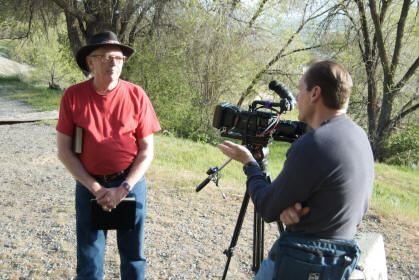 "I discontinued production of the film, The Black Hawk War; Utah's Forgotten Tragedy, when I discovered through my on-going research of the Black Hawk War that there are major contradictions, and inaccuracies in the histories of Utah. This revelation alone completely changed the accuracy of the film project, and had I continued I would have added to the confusion that already exists in Utah's history, something I was not willing to be a participant in. I confess, I was a victim of Mormon's poorly conceived Native American history."

AKNOWLEDGEMENTS: "It has been over two decades now since I began researching the Black Hawk War in Utah which has been a labor of love, one I have not regretted. There is so much we can learn from the Native Americans, if we would only listen. I am truly grateful to the Native American people and tribes who took me in and taught me of their life-ways that forever changed my life in a good way. And to all others, historians, donors, and many good friends, who believed in the Black Hawk Project and generously gave me their time, expertise, and support."

"Most important to me, I want to personally express my heartfelt gratitude to my followers over these many years. My neighbors and friends who shared my quest for truth and lent their support and encouragement. To my niece Cynthia and her husband Gary for their extraordinary kindness and generosity. Thank you all!"

"And to Artist Carol Pettit Harding whom I have been friends with since 1973. Because there are no known photos of Timpanogos Chief Antonga Black Hawk, in 2019 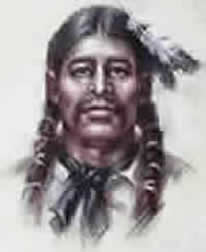 I commissioned artist Carol Pettit Harding to create this masterful forensic reconstruction drawing of Black Hawk based upon a historic photo of Black Hawk's skull that was photographed when his grave was robbed in 1919, and published in the Deseret News paper. After obtaining permission and blessings from the Timpanogos Nation, Carol's reconstruction of Black Hawk's face earned it's place on the cover of my new book. "I felt such a powerful spiritual experience to get involved in this, it completely changed my life" said Carol. Carol studied anatomy for many decades and devoted two months to this project."